So. It all started a few weeks ago when I wrote my Rules Of The Special Love post, followed by Spencer's guest blog and then a conversation with a friend. I have realised that some women HAVE SEX. Yes - they are AT IT. These women are married, have children, have jobs, in fact they have probably more on their plates than I do and yet they still have time to trim their lady carpets and shag their partners. This is the conversation with my mate:
Me: "Oh my god, on the blog a couple of people have commented that they still have loads of sex even though they've got, like, a child."
My Friend: "What do you mean? We do it at least three times a week."
She has FIVE CHILDREN. Five of the feckers! And yet she's sexing like I was in 1999.
So these bi-atches have given me food for thought. Got my love juices a-flowing. Because, well, I can bloody do this. I can be one of those women that don't even lie about their sex life because I'm going to be the best of them all! I'm going to get me SOME SEX! Ten years of marriage, three children later and I can still GET ME SOME BOOT-AH!
So this is what I decided to do. For seven days I have been determined to have sex EVERY GODDAMN NIGHT with my husband. I have been wanting to prove that there can be sex after children. That after childbirth, the 'in' door that has become an 'out' door can once again be an 'in' door. That I can have a red hot sex life without trying to get something out of it, like that dress in Monsoon (by the way, in case he's reading). And I kept a little diary, because what's actually the whole point if I can't SHARE:

SATURDAY: We have friends over. I eat three times my body weight in Chinese food. My tummy gets all funny and the bedroom gets a bit smelly. My husband mysteriously doesn't feel like it.
SUNDAY: You've got to have Sunday Morning Special Love. It's like THE LAW. In between the kids running in and out of the room we somehow manage it. It's not the Kama Sutra but it's a quickie.
MONDAY: I've bought book 2 of The Hunger Games trilogy which I'm, like, obsessed with. But my husband thinks he'll try a bit of tantric. Twenty minutes in and I'm ready to suggest he hops on doggy style so I can carry on reading.
TUESDAY: Husband comes home in a bad mood, complaining of a headache. Hey! Wait a minute...
WEDNESDAY: We have a successful takeoff and almost landing. Just as things are, errr, coming to, errr, a head, the toddler shouts "Mummy I need youuuuuu", giving an alternative meaning to the phrase "Yes Mummy's coming!!!!".
THURSDAY: I show my husband the 'come to bed' eyes to which he responds "Why are you being weird?". Mission Impossible 3 comes on the telly which he has only seen 482 times so he watches that and I go to bed.
FRIDAY: We are determined. Even though I have fifteen minutes before I meet my mate, the kids are safely downstairs watching telly so we seize the moment. Now we're very sensitive to the sound of a child on the stairs. But what we're not trained for is the sound of a child creeping up the stairs. Our kids don't do quiet. We're in the middle of a successful missionary when in bursts the 8 yr old. My husband stops, drops and rolls. "Daddy! You've got your bum in the air!" laughs our son. "Yes," says Daddy, "It was itchy so Mummy was scratching it for me."

I don't know what my little experiment has proved. It's shown that you can occasionally have decent sex after children but it requires focus, intentionality and planning. There are 300 things that impact me being in the mood for sex and lack of spontaneity is number 56. I'm hoping that by at least trying I've got a bit of my sex life back from the Maternity Ward. So go try it yourself. If it doesn't make you sexy, at least it'll make you laugh. 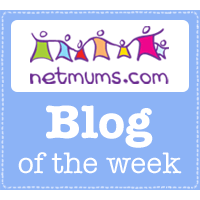